Which Missions Are In State Parks?

There are almost 300 State Parks in California. Three of them are connected to the historic missions. In Santa Barbara County, there is La Purísima Mission. Santa Cruz County has a mission complex that includes a single adobe building that was once living quarters, and Sonoma County has the Mission San Francisco Solano. Each in its way is interesting to visit.

Misión la Purísima Concepción de María Santísima (Mission of the Immaculate Conception of Most Holy Mary) was founded by Father Presidente Fermin de Lasuén on December 8, 1787. The Native Americans who built and worked at the mission were from the Chumash tribe.

It is considered the most completely restored mission in California, with ten original buildings, fully restored and furnished, including the church, shops, quarters, and blacksmith shop. Along with the restored buildings, the park contains the mission’s rebuilt intricate water system, which collects water from springs located more than a mile above the Mission and carries it to the mission gardens and fields. The gardens contain one of the finest collections of early California flora. A self-guided tour allows visitors to step back in time to look at California mission life in the early 1880s.

The Santa Cruz Mission State Historic Park sits atop Mission Hill, offering a patio, gardens, and excellent city views.  The park features the only building left of the 12th California Mission, Misión la Exaltacion de la Santa Cruz, founded by the Franciscans in 1791. The simple single-story adobe, restored to its original appearance, was once housing for the California Indian residents of the Mission. The Native Americans who built and lived at the mission were from the Yokut and Ohlone tribes. 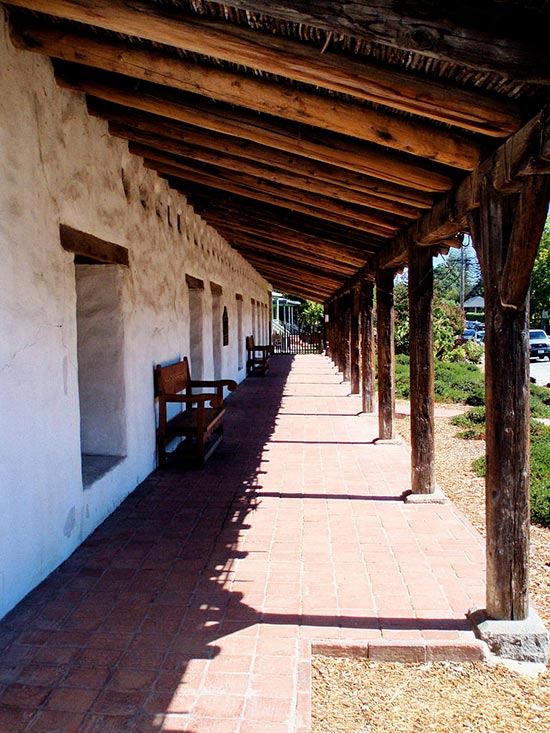 Mission San Francisco Solano was founded in 1823 by Father Jose Altimira. It was the last of the California missions established and the only Mission founded under the Mexican government.

The historic, picturesque town of Sonoma is home to Sonoma State Historic Park — the northernmost Franciscan mission in California and the birthplace of the California State Bear Flag. Located in the heart of the beautiful wine country between Napa and Santa Rosa off Highway 12, the town surrounds a central plaza (the largest of its kind in California), filled with charming shops and restaurants. Unlike most parks with one plot of land and geographical boundaries, Sonoma State Historic Park is a series of historical attractions in several community locations. The park consists of six sites: the Mission San Francisco Solano, the Blue Wing Inn, the Sonoma Barracks, the Toscano Hotel, and Casa Grande and Lachryma Montis — two homes of General Mariano Guadalupe Vallejo, Military Commander and Director of Colonization of the Northern Frontier.

The Mission bears the name of Saint Francis Solano, a missionary to Peruvian Indians. Native Americans from the Pomo and Coastal Miwok tribes came to work and live in the mission settlement. The mission contains the Jorgensen collection of mission paintings.

California State Parks offers a variety of money-saving annual passes. Included in the list of annual passes is the Historian Passport Day Use Admission Annual Pass. It provides unlimited entry for up to four persons to many State Historic Parks that charge a per-person admission fee or a vehicle day-use fee. 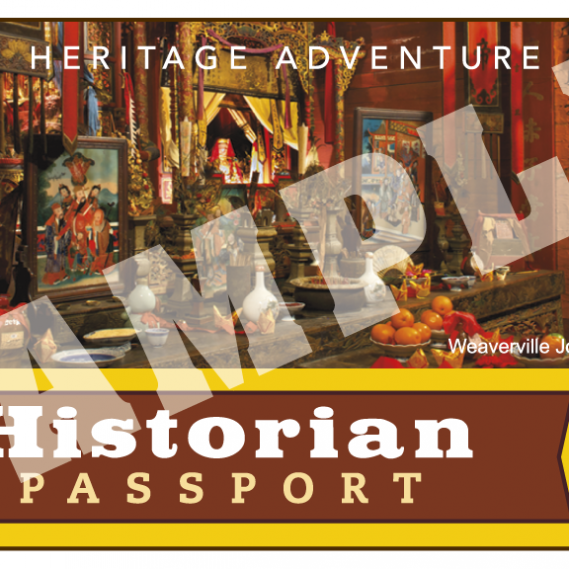