Four decades of boosterism for one of the state's iconic trails

In the mid-1900s, the California Mission Trails Association, Ltd. (MTA) promoted an automobile-oriented route with books, brochures, signs, plaques, stickers, and maps to increase tourism in each county the auto-route crossed. The publications created by the California Mission Trails Association are found in digital libraries and occasionally for sale online. As we discover more information, we plan to update this brief overview. The earliest MTA record we found is dated 1932 and the oldest 1972. The MTA appears to be a membership organization with county governments and chamber of commerce groups providing support and funding. They also sold advertising that lined the margins of their brochures.

An article published in March of 1932 in the Santa Cruz Sentinel listed M.C. Hall (Myron Crawford Hall) as the organization’s Secretary-Manager. During the early 1930s, Hall managed the California Mission Trails Association and the Pajaro Valley Chamber of Commerce in Watsonville. An article published in the King City Rustler in 1936 stated that the California Mission Trails Association was a voluntary, non-profit, inter-county cooperative institution using proper advertising to “secure New Cash Customers, New Local Payrolls and New Taxable Wealth” by planting desire strong enough to make “California’s Mission Trails” a vacation destination, or a longer stop-over on a California tour. The article listed C.M.C. Raymond as the general manager.

In 1936 the organization published a four-fold map that when unfolded was 3″ x 24″. The exterior featured a map showing the autoroute from San Francisco to San Diego. 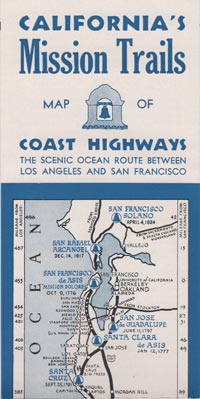 In the late 1930s, seven counties pooled resources to sponsor the Mission Trails Building at California’s Golden Gate International Exposition. The expo was open for part of 1939 and 1940. The building housed exhibits created for Santa Barbara, San Luis Obispo, Monterey, Santa Cruz, San Benito, Santa Clara, and San Mateo counties. The architecture of this building was a composite of seven of the early Spanish Missions. Postcards, brochures, and maps were published by the MTA promoting the expo. The scale models of the missions that were exhibited at the exposition in 1939 are now displayed at the https://californiamissionsmuseum.com/ in Sonoma, California. 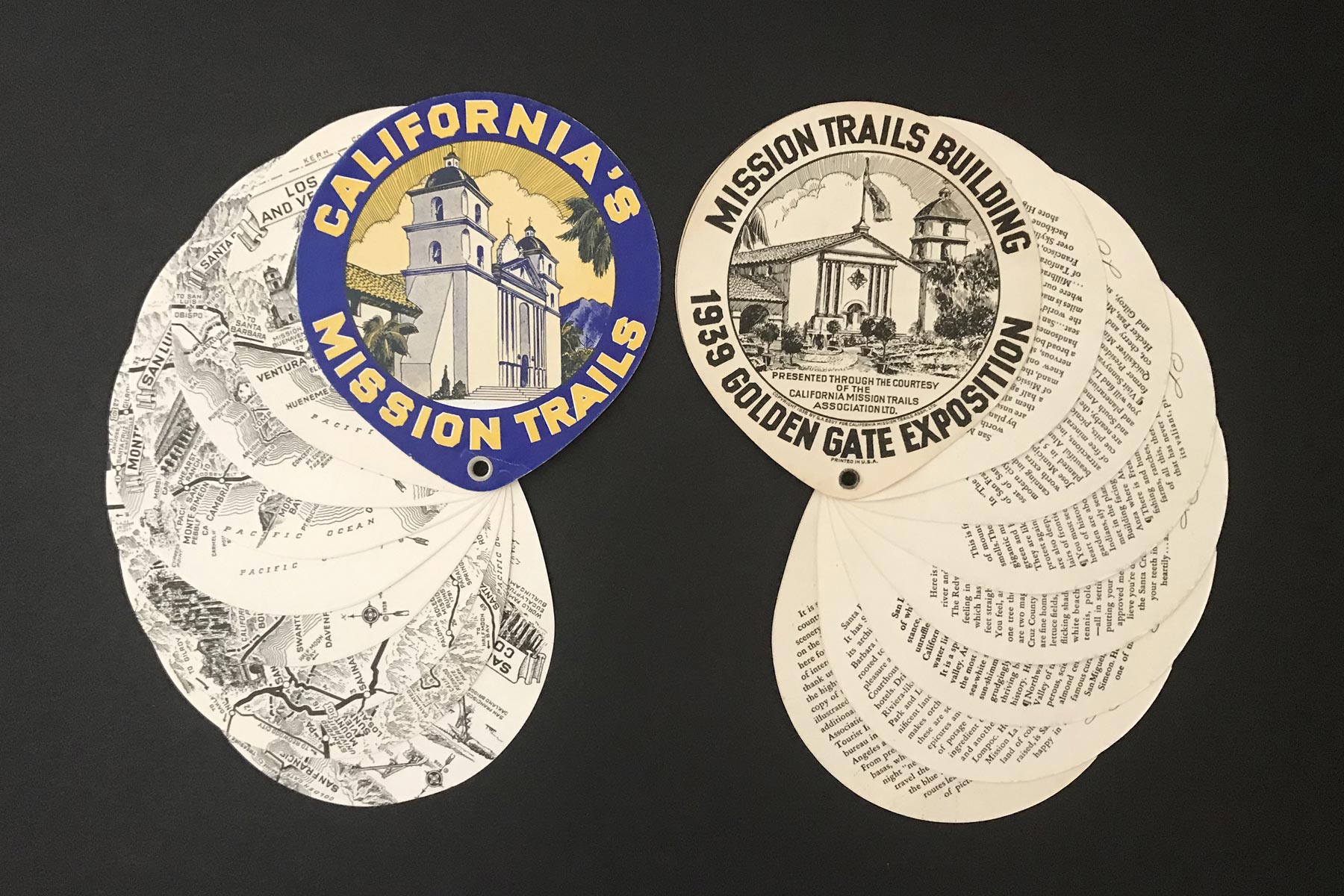 A set of eight maps were distributed at the exposition in a booklet format using die-cut circles of stiff paper held together with a rivet that allows the maps to fan out for viewing both sides. The 5 x 4 1/2 inch map deck has eight double-sided pages of handsome black and white pictographic maps with descriptive text on the backside of each page. The blue and yellow cover features a graphic image that is the same as the organization’s logo. The inside cover has text introducing the set of maps. The maps are of Los Angeles and Ventura County, Santa Barbara County, San Luis Obispo County, Monterey County, Santa Cruz County, San Benito County, Santa Clara County and San Mateo County. Noted cartographer Gerald A. Eddy is the author/creator and the publisher is the California Mission Trails Association Ltd. Copyright 1939. 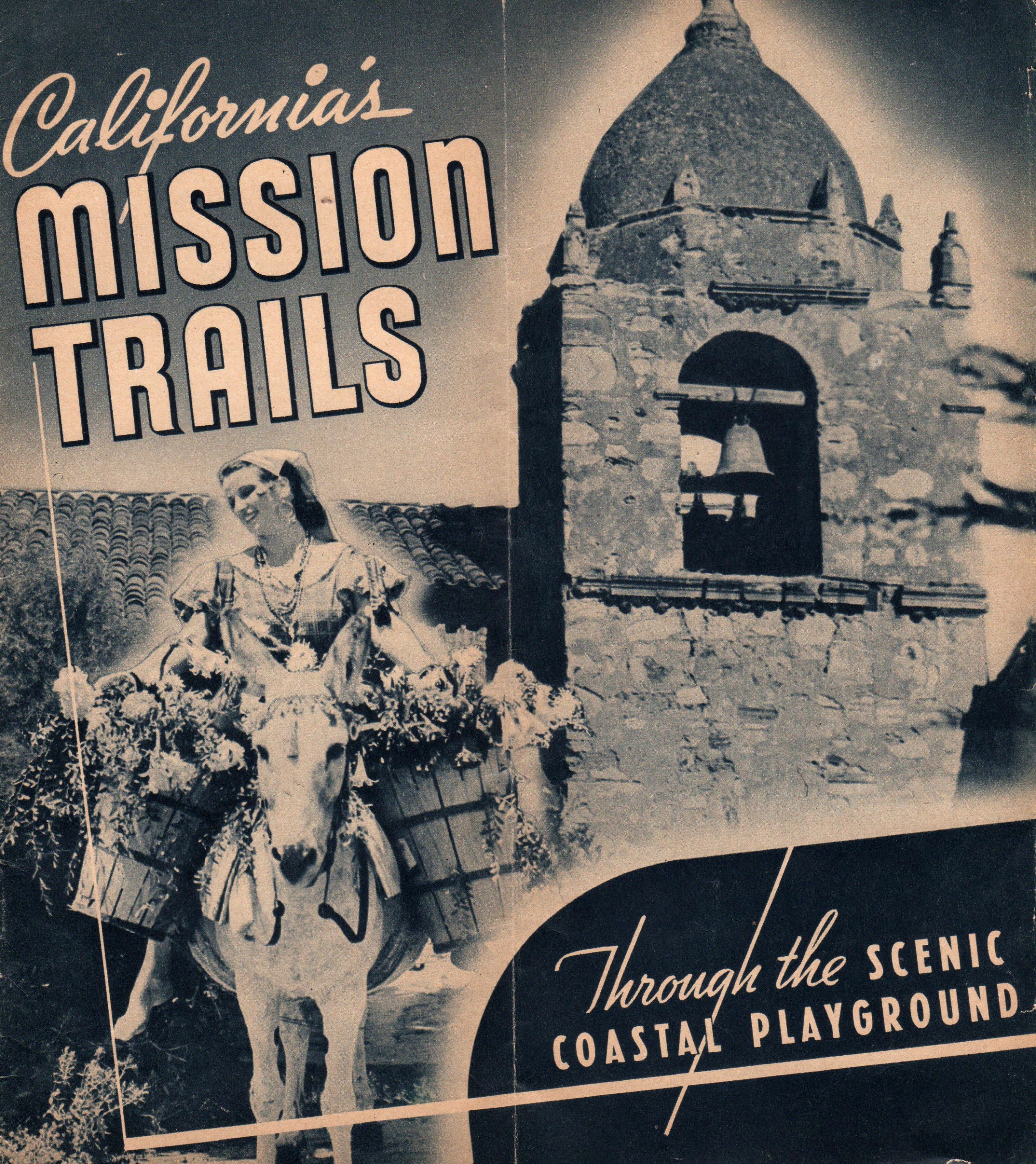 The California Mission Trails Association published a booklet promoting the missions in California for the Golden Gate International Exposition. It was titled California Mission Trails Through the Scenic Coastal Playground. The 8” x 9” brochure featured two-page spreads with photographs and travelogue-style narrative on each of the following counties: Santa Barbara, San Luis Obispo, Monterey, Santa Cruz, San Benito, Santa Clara, and San Mateo. The back cover featured a map of California with the location of each mission marked and places of interest listed. The copyright date is 1939. 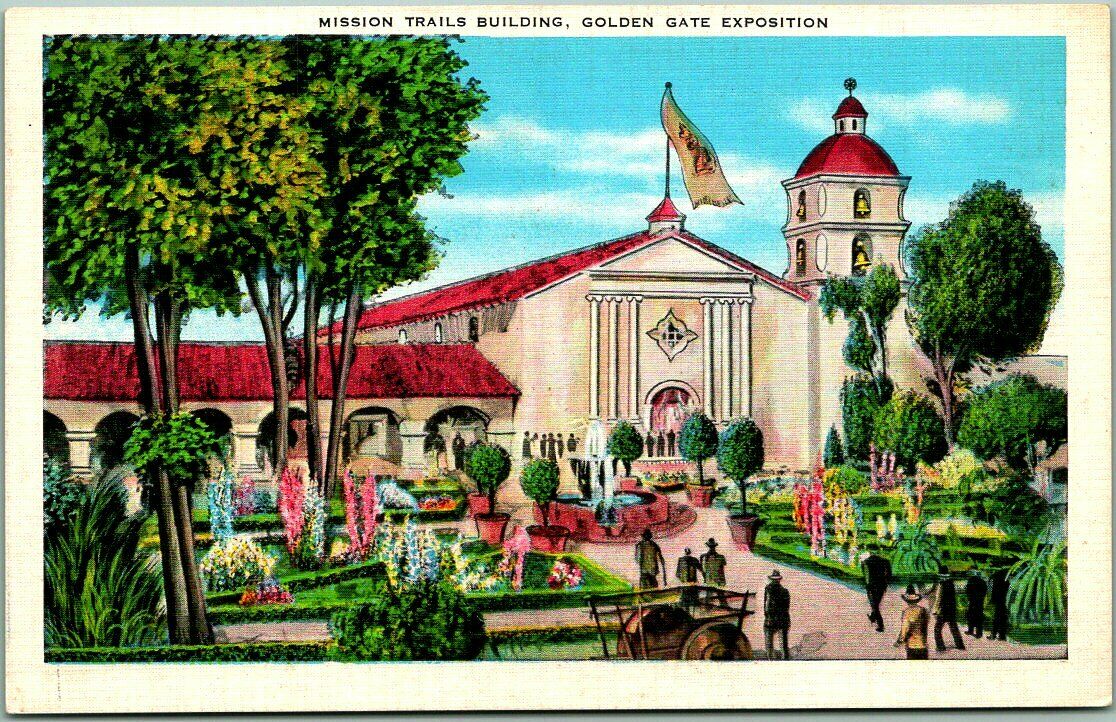 A postcard published by the California Mission Trails Association Ltd. with an image of the Mission Trails Building that was part of the Golden Gate International Exposition. The postcard, published over 80 years ago is frequently offered for sale in this century as vintage memorabilia. 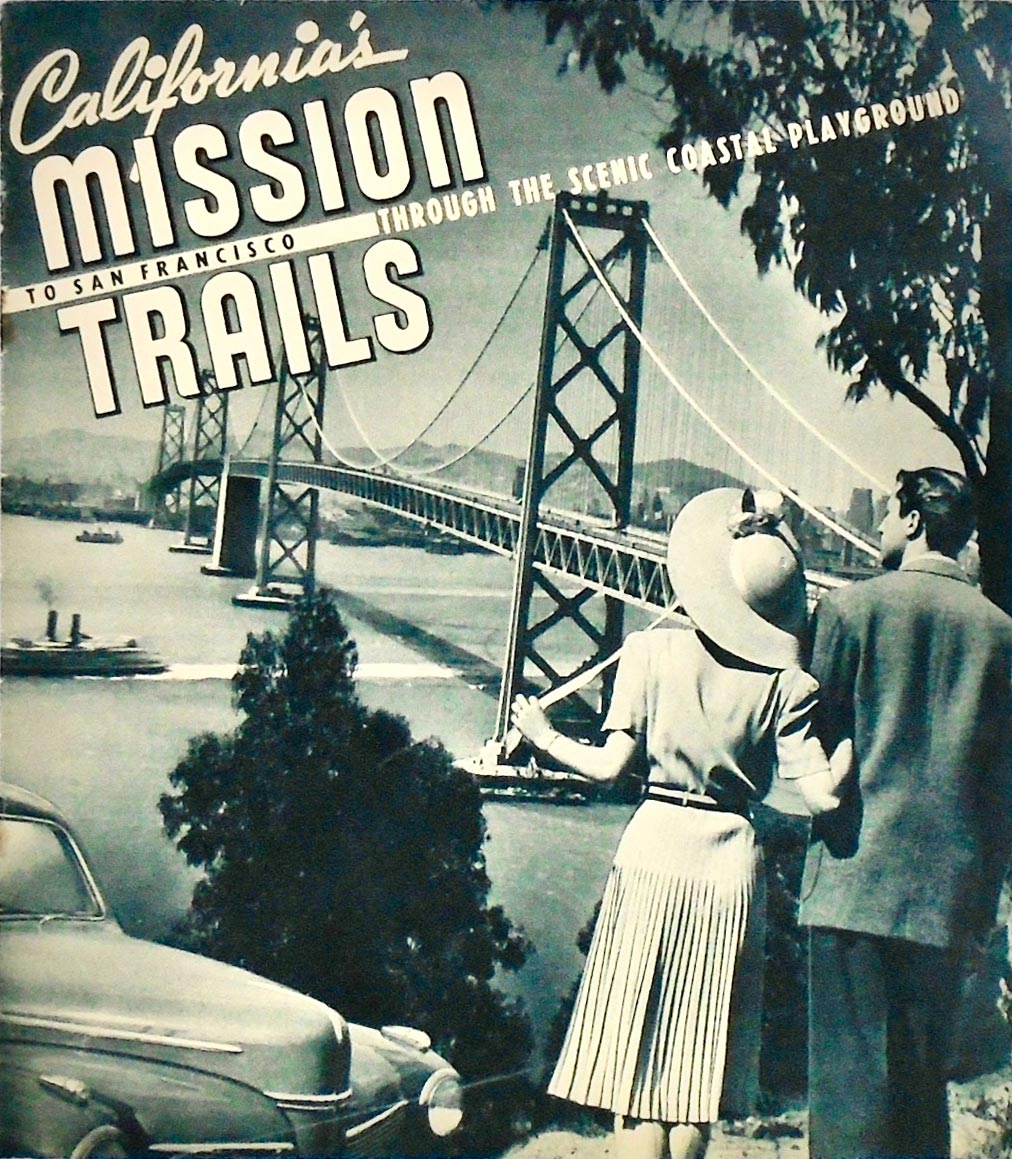 A year later, the California Mission Trails Association, Ltd. published a booklet titled “California’s Mission Trails. To San Francisco Through The Scenic Coastal Playground.” The 8″ x 9″ booklet is illustrated throughout with period photographs with a map on the rear cover. The booklet covers the California coastal area encompassing the Spanish Mission Trail. The route is referred to as “America’s Most Beautiful 400 Miles”. On the cover is a 1941 Ford and within is a PanAm Clipper in flight. 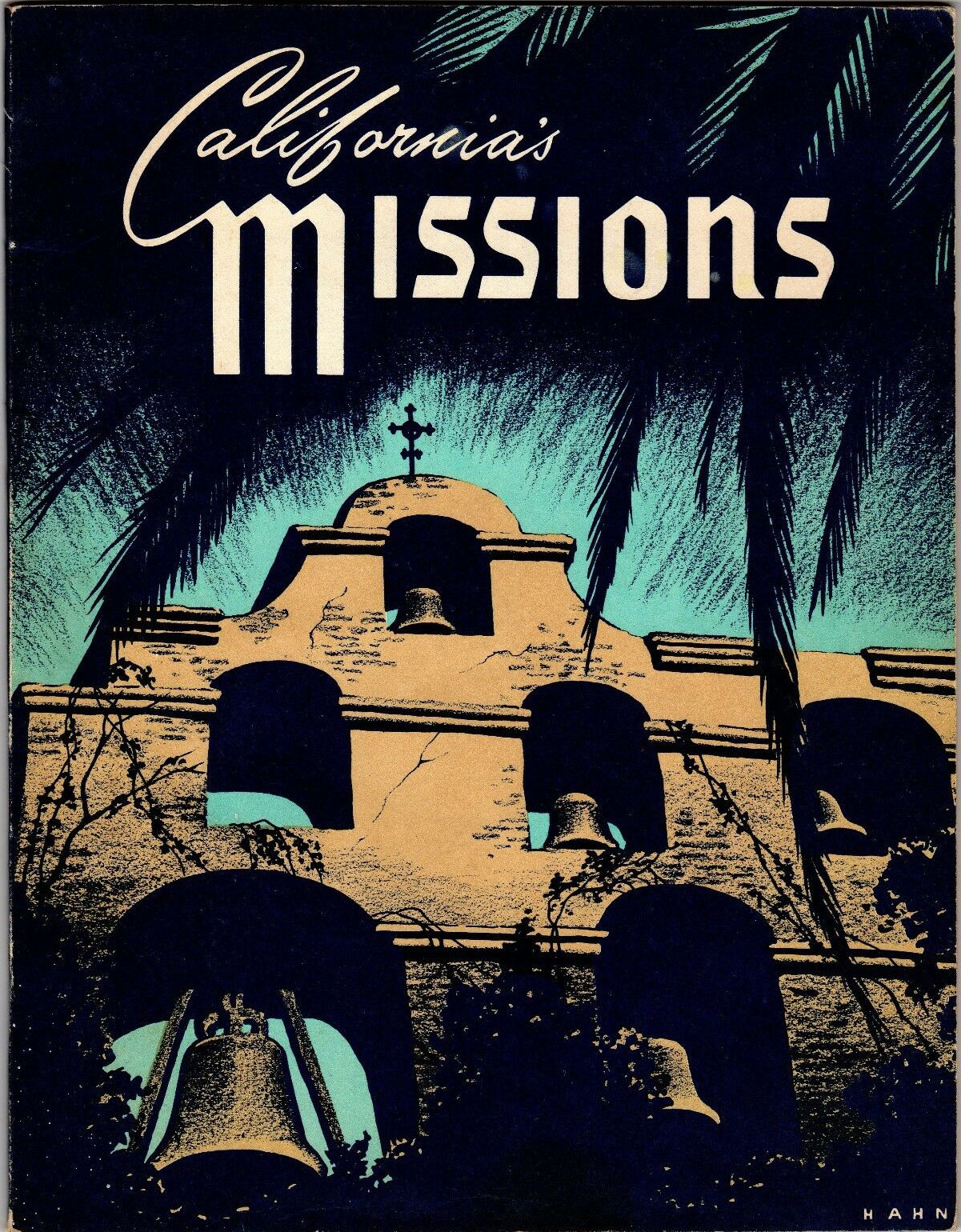 In June of 1950, the first edition of a book aptly titled California’s Missions was copyrighted and distributed by the California Mission Trails Association Ltd. Credits are given to Ralph B. Wright as editor,  John B. Anderson and Benjamin M. Watson as associate editors. Herbert C. Hahn is the illustrator. The publisher for the first edition is listed as Sterling Press in Los Angeles. The 8.5” x 11” book is richly illustrated with Hahn’s superb black and white pencil drawings throughout. Presented in the order of their founding, the 95-page book surveys the 21 missions along California Missions Trail. By 1977 the eleventh edition was released. The 21st edition of the paperback version was published in 2004 with Dual Graphics as the printer and Lowman Publishing Company (Herbert A. Lowman) as the publisher. 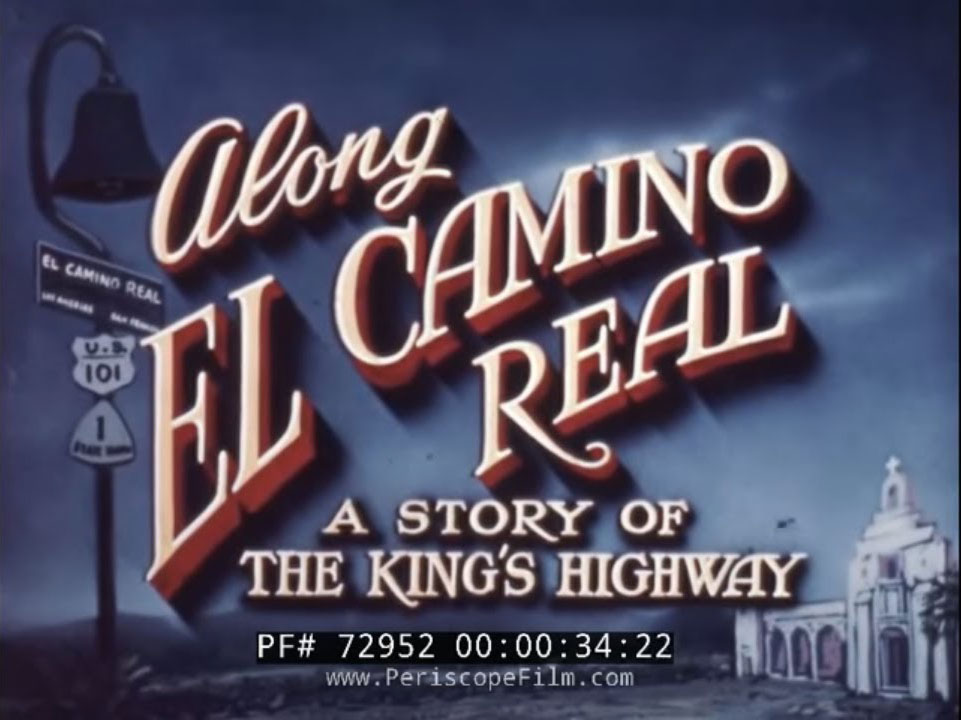 Created by the California Mission Trails Association, Along El Camino Real is a 1950s travelogue showing off California and its missions. Images include San Diego and Coronado Bay, Los Angeles and Hollywood, Santa Barbara, Mission San Fernando, San Francisco, and much more. This film is part of the Periscope Film LLC archive. 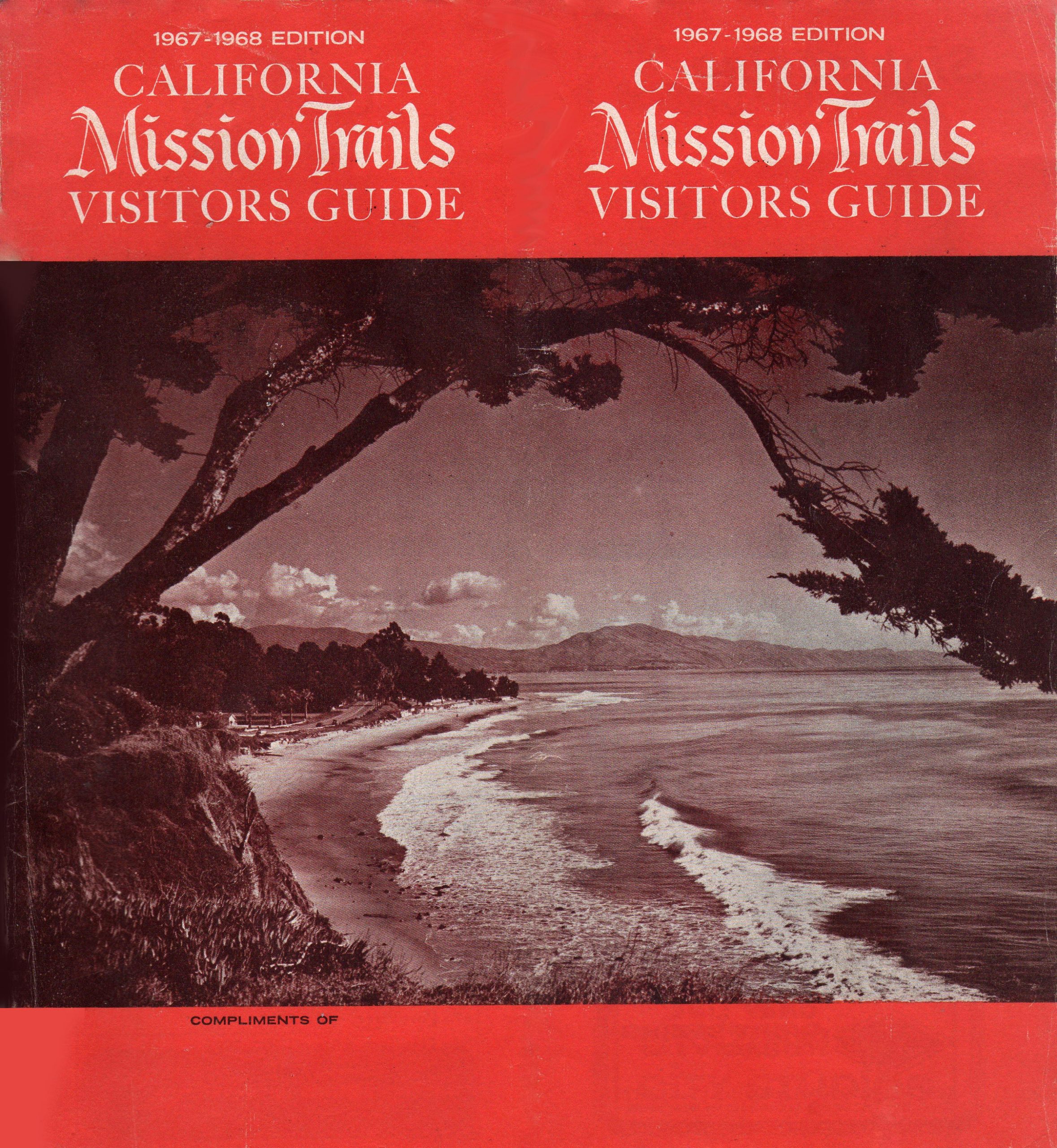 Throughout the 1960s the California Mission Trails Association continued its tradition of publishing visitor guides for the mission-to-mission route. One of the publications was titled 1967-1968 California Mission Trails Visitor Guide. The 8” x 9” brochure featured a series of detailed maps of each county the route passed through. In addition to listing accommodations for each area, the 55-page pamphlet provided the location of major scenic, historical and recreational attractions. The back cover featured a map of California with the location of each mission marked. The copyright date is 1967. 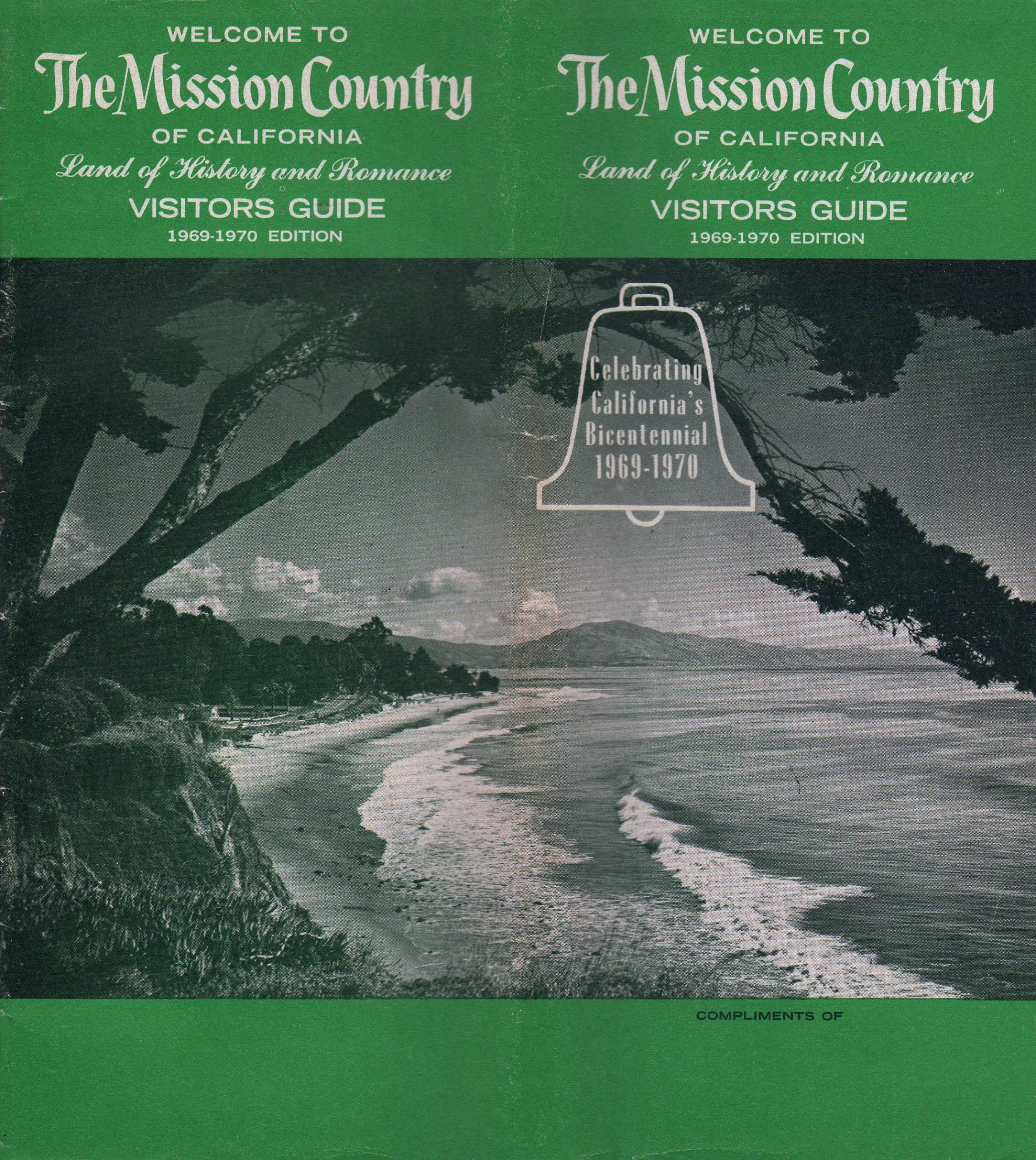 One of the last publications authored by the California Mission Trails Association was titled Welcome to the mission country of California: land of history and romance, visitors guide. The back cover featured a map of California. The guide has a 1970 copyright. The organization’s address at that time was 25 West Anapamu Street, Santa Barbara, CA.

Information on additional publications by the California Mission Trails Association is listed in the WorldCat digital reference library.